Finder is getting greener 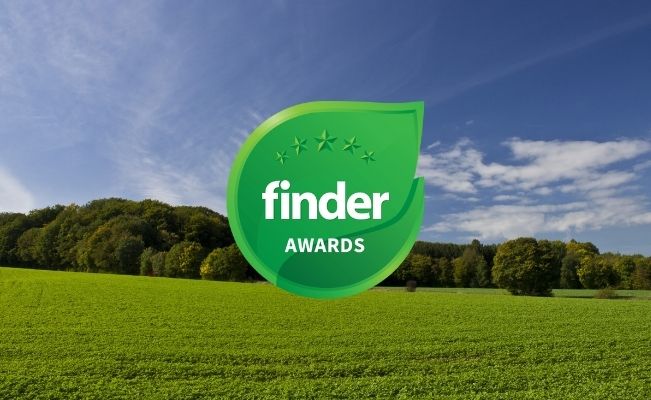 Finder has measured and offset the emissions of its operations, as well as its 2022 Finder Green Awards event (8th June 2022) to become carbon neutral with the help of climate-tech platform, Trace.

The journey to carbon neutral

So, what was involved in the process of making Finder carbon neutral?

In the case of both the awards and the company as a whole, the process involved not just calculating carbon emissions and purchasing offsets but actually engaging the Finder team and event attendees in the process. Read on to find out why…

The first step to make the Finder Green Awards carbon neutral was to measure the expected emissions from the event. Trace worked with the Finder team to collect data such as the number of attendees, the type of catering offered, the size and nature of the venue and the anticipated modes of transport attendees would use to commute to the event. This data helped calculate the expected carbon emissions produced by the event, to later be validated through a ‘true up’ process.

A key part of the ‘true-up’ involves gathering information about the ways attendees actually travel to and from the event, asking for this information when they arrive. Travel emissions are expected to contribute to more than 40% of the event’s overall emissions, so getting this data is critical to ensuring the accuracy of the calculation.

To try and reduce these travel emissions before they happen and use this process as an opportunity for education, Finder included ‘green commuting’ tips in its pre-event communications with attendees, suggesting that they take low-emissions transport options wherever possible.

💡 Did you know… If everyone attending the event caught public transport instead of driving/ taxis, this would produce 50% less emissions

Once the event’s carbon footprint calculations are finalised, Trace will purchase carbon credits from its portfolio of climate projects, to offset the emissions produced by the event, making it carbon neutral!

Finder as a business

As with the event, the first step towards making Finder as an organisation carbon neutral, was collecting the relevant data on its emissions. But in this case it was important to bring in the Finder team into the process through the Trace Employee Engagement tool. This involved team members completing a carbon footprint quiz to better understand their sustainability behaviours at home.

Why is this important?

Over 80% of the Finder team works from home at least 3 days a week, meaning a large percentage of the company’s emissions are actually created away from Finder’s primary office buildings. Completing the survey also gave the Finder team an opportunity to reflect on how they might reduce their carbon footprint, and translate this into how they could contribute to Finder reducing its organisational footprint.

“We discovered that on average, our team members have a carbon footprint of 12.4t per year, but there are simple changes we can help them make to reduce this, such as switching to a renewable energy provider, which will go a long way towards reducing these emissions.

The team was excited to share their results with one another and it motivated us all to think about how we can take action!” says Sarah Berthon, CSR Specialist at Finder who was heavily involved in the process.

The data from the employee quiz, along with data collected about Finder’s broader operations, including energy usage, waste production and business travel, were collected to calculate Finder’s carbon footprint for the last 12 months. This was then offset with Trace’s portfolio of climate projects to make the company carbon neutral.

It’s now up to the Finder team to use what they now know about the company’s carbon footprint to reduce its emissions over the coming year.

“It’s our most comprehensive carbon footprinting exercise done to date by some margin. We’re excited to use this baseline to create initiatives to reduce our emissions next year. Already we’re looking at how we can reduce our emissions with third party suppliers and also whether we can incentivise our crew to reduce their impact too” says King.

Join our community of climate-conscious business leaders and take responsibility for your carbon footprint with trace today.
Get startedBook a call

For those who have followed Finder’s activities over the past few years, the company’s decision to become carbon neutral will come as no surprise. They certainly ‘walk the talk’ when it comes to using its product to leave a positive trace on the planet!

In 2019 Finder launched ‘Finder Green’ - a resource to help its users make more sustainable decisions across the categories the website helps to compare, including investing, energy, travel and general shopping categories.

“Finder has built an amazing platform with almost unprecedented reach and influence amongst Australian consumers. Our mission is to help Australians make better decisions, and sustainability is an obvious area we can influence positive change through people’s consumption choices. Every purchase decision big or small has an impact on our environment and sometimes it just takes a nudge from a trusted source to point someone in the right direction, to make a ‘greener’ choice.”, says Ben King, Head of CSR & Public Affairs and Finder Green lead.

A core part of Finder Green is the Finder Green Awards - a “home-grown awards system where [they] comb through hundreds of companies to find the most sustainable of the lot”. In 2021, the awards recognised brands such as Bank Australia, Brighte and Woolworths for their sustainability credentials, giving a much needed boost to the perceived importance of sustainability amongst consumers.

For the last two years the event has been held virtually due to COVID-19 restrictions, but this year will be celebrated with an in person ceremony in Sydney.

“We were conscious that running the event would have a much larger carbon footprint than its virtual counterpart, so it made sense for us to consider how we could reduce and offset this given we’re literally gathering in the name of sustainability!”, says King.