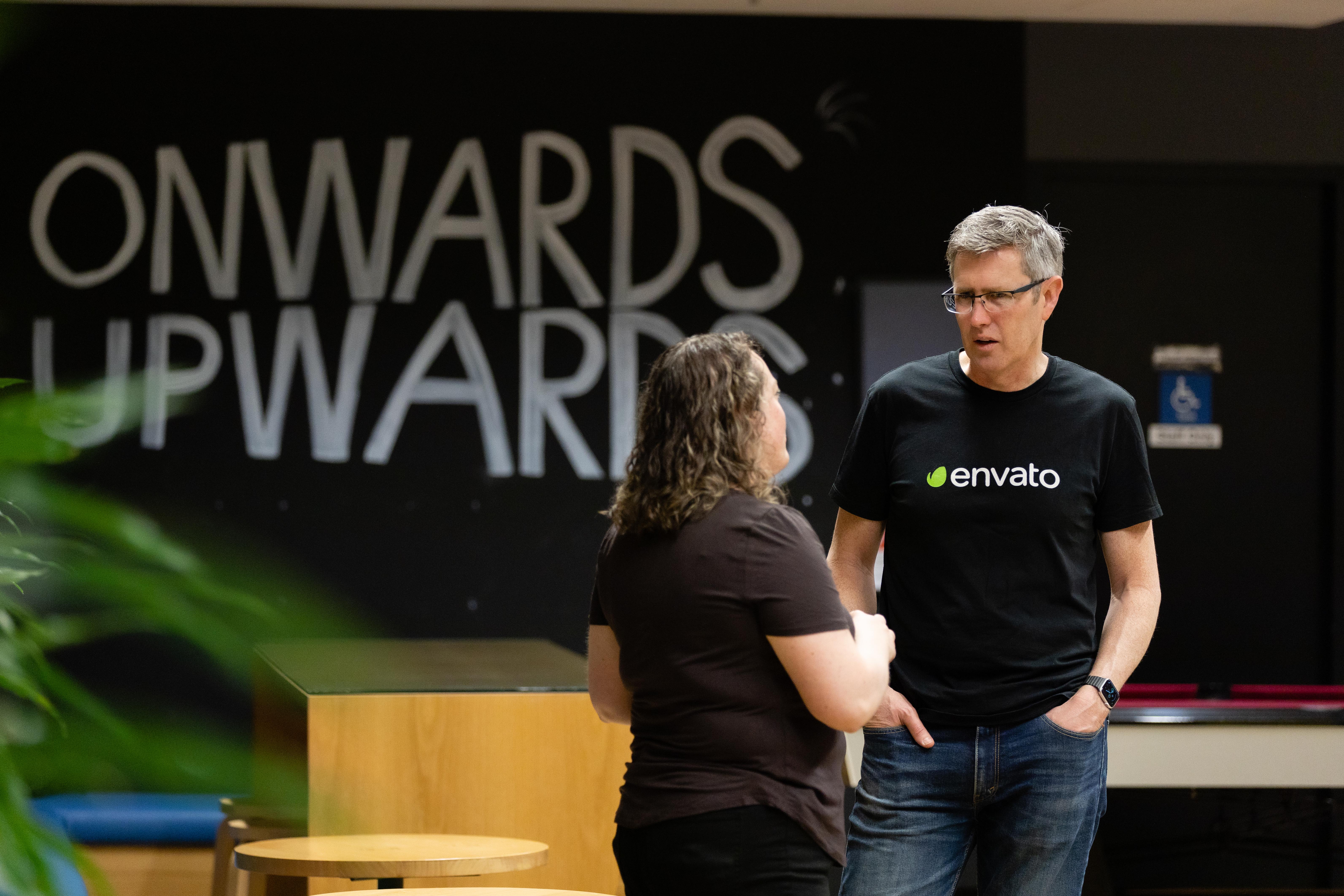 As a fast-moving tech business that already had a demonstrable commitment to sustainability, Envato needed a solution for measuring and managing their carbon footprint that matched the speed and efficiency of the way they work.

Envato is a world-leading online community for creative assets, tools and talent.

Millions of people around the world visit Envato to buy and sell creative assets, use smart design templates and learn creative skills. With an industry-leading marketplace paired with an unlimited subscription service, Envato helps creatives get projects done faster.

Why did Envato become carbon neutral?

Envato became carbon neutral in early 2022 as part of a comprehensive new sustainability project designed at measuring and offsetting the company’s carbon footprint.

The Envato team is committed to delivering on its sustainability promise as a B-Corp and meeting part of its recent commitment to the To Whom It Should Concern campaign, says CEO Hichame Assi.

“When we signed on to the To Whom It May Concern campaign we made a pledge to be 100% renewable by 2030 and carbon zero by 2040. It’s a commitment made on the back of our B Corp certification, and one we believe reflects not just our values but a broader sense of how businesses can contribute to fighting climate change.”

“We are proud that our people can make a positive impact on the world around us through their work at Envato. And while there is still lots of work to do to realise carbon zero, we’re nonetheless pleased we’ve reached this sustainability milestone and thrilled to partner with Trace to further track and refine the management of our carbon footprint.”

What did the process look like for Envato to become carbon neutral?

Through Trace, Envato is now able to more comprehensively measure the amount of carbon emissions the business generates. This includes not just its physical offices in Melbourne and Guadalajara, but also includes an estimate of the footprint of its 600 plus staff who work flexibly around the world, as well as the usage tied to its tech infrastructure including our cloud computing services.

Senior Product Manager Jimmy Joslin, who led the project for Envato and is one of the members of the company’s sustainability team, said the level of visibility the business now has around its carbon footprint is invaluable for its ongoing sustainability efforts.

“We’re now offsetting just over 2700 tonnes of carbon emissions annually, and through Trace, we can see first-hand how our carbon credits are able to make a real-world impact, from land conservation projects in Australia to deforestation and biodiversity projects in Indonesia.”

“We’ll also be planting more than 15,000 trees, which over their lifetime will sequester an extra 351 tonnes of carbon.”

What else are they doing in sustainability?

Alongside the carbon offset project with Trace, Envato is a certified B Corp and has expanded its sustainability investment through its staff-led sustainability committee The Greener Good, which has resulted in partnerships with the Backyard Honey Project, Reground, Sprout and OzHarvest.

The company will also be relocating from its long-time offices in Melbourne’s King St, which it expects will also improve its carbon footprint.

Why we love Envato

Envato stands out as a business that really excels at both employee engagement and community building, which are both areas the team at Trace are very focused on too because we know climate action is a team sport and takes involvement from a whole group of people - not just a few people ‘at the top’ or working in silos.

This is why we’re so excited to have Envato in the Trace community - we know they will challenge us to keep improving our product to truly reflect these values!

Want to be like Envato? Find out more about making your business carbon neutral.

Join our community of climate-conscious business leaders and take responsibility for your carbon footprint with trace today.
Get startedBook a call
Make a difference
Our partnersCarbon Neutral BrandsOffset packagesFor Individuals For Business Leave a review
The fun stuff
Our ProjectsOur MissionClimate Positive BlogCarbon footprint quizAll calculators
Follow us
InstagramFacebookLinkedinTwitter
The serious stuff
We are hiringContact usPrivacy policyTerms of service