10 remarkable things to come out of quarantine 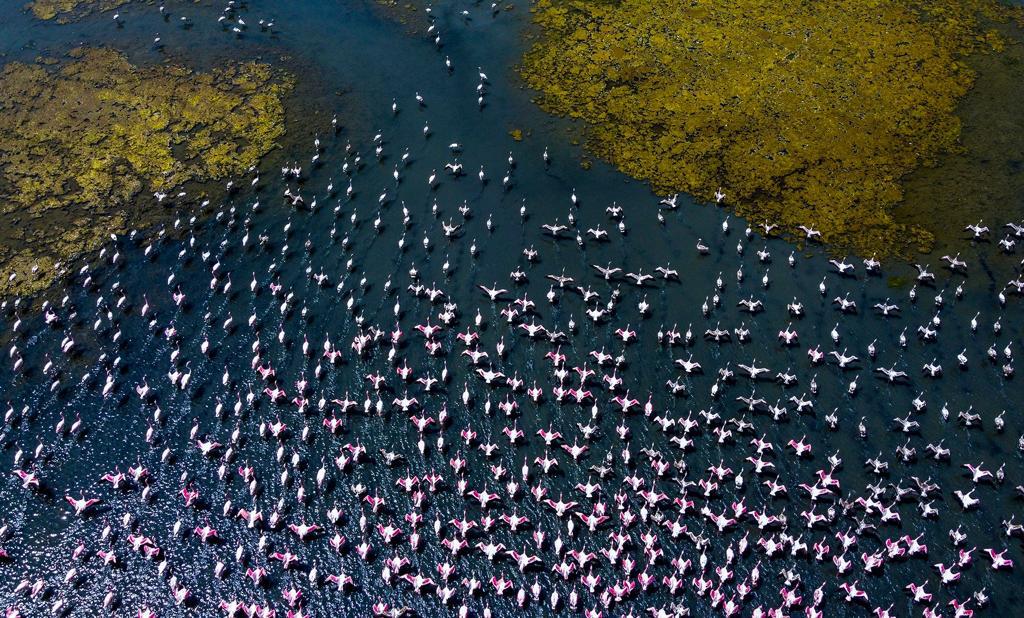 Our lives have been put on pause over the past few months, with millions of us trapped indoors in the hope to curtail the spread of the COVID-19 pandemic. But outside, many beautiful and remarkable things have happened, signalling some benefits of our absence.

We present 10 remarkable things that have come out of coronavirus lockdowns .

Residents are saying that the drastic reduction of water traffic and tourism in the past few months has led to the cleanest water they’ve seen in years! Residents have reported that swarms of fishes have even become visible at the bottom of the canal.

2. Liberated Wildlife- Is that a goat outside the window?

With city centres and suburban streets in lockdown, wildlife has taken the opportunity to explore. In Llandudno, North Wales, a herd of goats took over quiet streets (with some playing hide and seek in the bushes!).

These photos are taken only a few months apart!

The three-week lockdown in India has led to a 60 percent decrease in the level of particle pollution in New Delhi (which is considered the most harmful form of pollution to human health). Experts were surprised by the speed of change, however they are saying this serves as proof that dramatic improvements in air quality can be achieved!

You can watch her “Separate But Together” mini-concert here: https://www.youtube.com/watch?v=xR5S_37M_Ac

Many celebrities such as Chris Hemsworth and Davina Mccall are giving away free fitness programmes for a limited time which you can do from your home! Fitness Influencers such as Whitney Simmons and Alice Living are also streaming free regular workouts on their Instagram accounts.

An Amazon Prime video truck has been projecting movies onto a giant screen for people to watch from their balconies for free.

Collection points have been made in Rome in front of primary schools for toys and basic necessities. A sign in various languages reads “Chi ha metta, chi non ha prenda”, which means “Give as you can, take as you need”.

8. Flamingos flock to Lakes in India

With less humans about, flamingoes have flocked in their thousands to lakes, lighting up the water in a shade of pink. The lake featured in Mumbai has had a 25% increase in flamingoes than usual at this time of year.

9. The Himalayas become visible for the first time in years

Due to India’s COVID-19 lockdown, reduced levels in pollution have made the Himalayas visible to locals in the Punjab region.

10. Acts of kindness for small businesses

A Mystery man bought all the flowers in a florist before they were forced to shut down.

Needham Florist owner Julie Ben-David, was ready to close the store one Tuesday afternoon before a mystery man made a very large purchase and had 10 large bouquets delivered anonymously to people in the town.